10 Reasons Caribbean Businesses Should Be Tweeting

If you run a business or an organization within the Caribbean and aren’t using Twitter, you’re potentially missing out on a great opportunity to connect with your audience from a whole new dynamic.

Twitter seems to have followed the same pattern that blogs did: First a few for mostly personal use, then the numbers grew along with the types of use as people recognized they could become their own personal media house. And then businesses recognized a great marketing potential in having everyone sharing loads of indicative content about themselves and decided to make it almost a standard practice to  “join the conversation”.

It seems Caribbean businesses still have some digital ground to cover in catching up with the rest of the world. So if you’re still not convinced about whether or not your brand should join in as well, or you’re just not sure how it all works, here are a few compelling reasons: 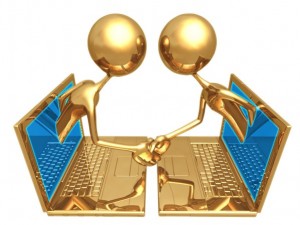 By consumer, we mean whoever it is that’s interested in your particular content – so it’s not just limited to commercial entities. NGOs have been some of the most powerful voices on Twitter yet. Whatever your business, you will be able to connect with your audience because they themselves are using Twitter. It has become a daily routine for many people to talk about any interest you can possibly imagine. The majority of users log onto Twitter the moment they wake up even before brushing their teeth. If you have an unsatisfied customer or someone with a question or opinion about your subject matter, you will hear them on Twitter. This will help you to assist them in a far more convenient way than the usual channels, and build a more personal relationship. 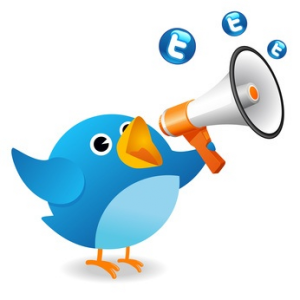 Anyone can become a personal brand on Twitter.  And many do so, without going through the more expensive channels of traditional advertising. This is a space where you can share as much about your company, its products and services and any other information you deem useful to your audience – free of charge. There are paid avenues that guarantee you more visibility, but for the most part, companies are able to do quite well for themselves by way of branding without spending a fortune on advertising.

Nobody is knocking down traditional marketing/advertising. We know the old radio and TV heads get rather sensitive about this. But the truth is, social media allows you a lot more detailed marketing than traditional advertising does. You’re able to monitor your audience much more easily and frequently, get more important information on their personal lives and perhaps most importantly, monitor the success of your messaging in greater detail.

Every company needs to listen to its audience. That’s how you know whether or not you’re doing a good job, if you need to add or get rid of certain products or services, what interests your audience so you can better communicate with them and how they feel about the things you’re doing. If as a business person you don’t understand that, then you’re not likely to last very long. These days, the internet has empowered people to speak their minds and share their opinions with the world more than ever. Never kid yourself that your audience isn’t talking about you online. They are. And the more involved you are in that conversation, the better it works out for your bottom line.

If you’re in the communication industry, you know how important it is to stay up-to-date with current affairs. But for general business it’s just as important to know what the latest trends, attitudes and developments are in your field. Twitter is accepted as one of the most efficient sources of news these days and an ever-increasing number of people get their daily dose of the vine from Twitter before they even check what we know as traditional news outlets. Let Twitter help you stay informed about the motion of the ocean in your neck of the woods. 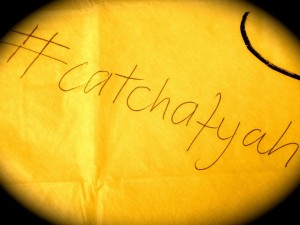 Lately we’re seeing more and more culturally demonstrative campaigns coming out of commercial and non-profit entities. Code Red for Gender Justice did a fantastic campaign recently, called eMas Caribbean Blog Carnival, which encourages bloggers from around the region to submit creative pieces and tweet using the theme/hashtag #DearCaribbean. It was quite successful and resulted in dozens of great pieces from various countries. 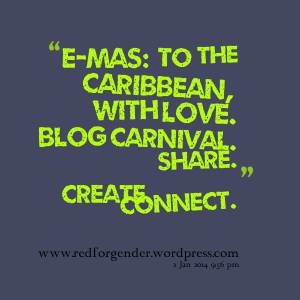 If you feel a slight responsibility like we do to promote the Caribbean in our general internet usage, utilizing Twitter is a great way to help promote our culture in a number of different dimensions. Even as we promote our products and go about fattening up our bottom lines, when we include culturally significant messages, we end up vicariously sharing little elements of our culture with the world. Digicel’s recent mother’s day video is a good example of this.

One of the best things about the internet is that it’s all free and open information. Twitter allows you to not only monitor when customers are talking about you but you can also read what your competition is doing and what customers are saying about them. Many companies have used visible gaps in their competitor’s engagement to enhance their own marketing efforts.

Now look here. Be careful with this one. We’re very lightly treading the rickety bridge of social media ROI, which is in itself a different discussion. Now nobody is guaranteeing that creating a Twitter profile will equal direct sales. And you’d be silly to expect that. However, Twitter can help you increase sales and make profits by giving your company an added promotional edge to drive traffic to your site, and encourage more walk-ins. A good social marketing plan can increase your message amplification, which will eventually lead to a boost in bottom line. Dell is one of the companies that have increased their sales on Twitter by as much as $6.5 million in sales as reported at mashable. This is clearly an ambitious model from the Caribbean perspective but still applicable if projections are appropriately scaled.

Bottom line: monetary gains from Twitter will depend heavily on your strategy design and implementation with a shot of market behavior. But it’s almost always worth the try.

It’s always sad when people complain about unclear ROI in social media when the investment is usually nowhere as much as with traditional media and the measurement is almost always twice as definitive. Generally, a solid social media plan requires a dedicated social media manager, quality content creation (copy, graphics, photography, videography) and a moderate advertising budget; all of which costs way less than your standard traditional advertising package. Many companies around the world are now opting to use social media almost exclusively because of the cost advantage and the fact that audience penetration is measured with far more accuracy.

So if you’re a Caribbean organization, do yourself a favour and take a serious look at  what similar organizations are doing around the region and give the social world a whirl (say that 5 times fast!).

On the Ground News Network